This morning on the radio news I learned about this obscure professor of genetics who just secured a 100,000 grant for his research.

Now that’s not all that unusual, a lot of money is spent on funding studies of all sorts of things. What was unusual was the idea that this professor was putting forward. It was really weird and that’s why I liked it. As the creator of something called the H.E.R.O. eMachine I know what it’s like to try and sell an idea that’s completely off the wall.

The professor’s idea certainly qualifies as wacky but in a good way.

It has to do with being able to isolate certain immune system molecules from insects and see if they could be useful in developing a new class of antibiotic drugs. The professor’s reasoning was that insects have been successfully using these types of molecules to control pathogens as an effective immune response for millions of years.

He also pointed out that the pathogens, which are known to invade humans, are unlikely to have ever encountered these molecules before. If that is proven to be true then any drug made with them could possibly be much more effective in humans than anything currently available today.

The last point made in the short interview was how many years it would most likely be before a new drug like that could be approved for humans.

Sounds like a promising project but that’s not the only reason why I’m writing about it today. I mention it because I can certainly relate to how difficult it is, as well as how long it takes, to introduce a radically new idea into the world and have it accepted.

So far it’s taken me all of ten years to formulate and then begin to sell the idea that humans have a second immune system operating in the ethereal unseen world of the thinking mindset. I now am moving forward with explaining the technology that allows anyone using it to naturally speed up this new found immune system so that it better serves to overcome the challenges we all face in our busy daily lives.

It’s a work in progress.

Hey, if you know of any available funding grants just give me a call ok? 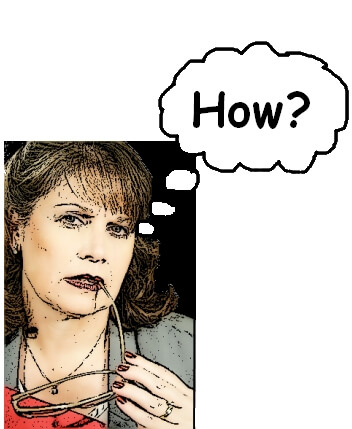 The Mobius Monday Minute – This is the first of a new series of posts that will appear every Monday about motivation, personal development, and mindset immunity.

Today I want to talk about one of the biggest mindset stumbling blocks many of us will ever encounter. It’s all embodied in one little three-letter question: HOW?

This question may look tiny on a page but in real life it can pack a wallop of intimidation. Everything from a small crack to a huge canyon.

The difference in dimension is determined by the addition of the kinds of words we use after the word “how …?”.

“Always trust your gut, it knows what your head hasn’t figured out yet.”