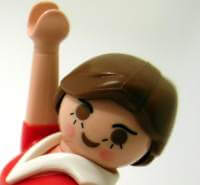 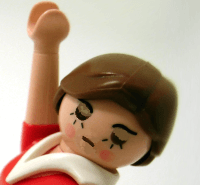 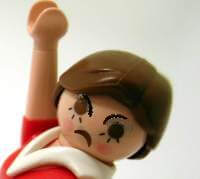 I have a friend who lives in Orlando. That’s the same town that’s home to one of the world’s happiest of theme parks on earth: Walt Disney World. It even has its own famous mouse.

My friend likes to believe that he lives in paradise citing the pleasant weather, fine dinning, and the ability to rub shoulders with others of his economic class. But two years after hurricane Katrina hit New Orleans there was Fay which left a mark on the greenery of Orlando’s paradise. Many trees were uprooted and some homes damaged. Just after that I recall him saying something about the possibility of relocating to Canada, his wife’s birthplace.

But that notion was short lived. The fine weather returned to warm and balmy once more and he returned to normal too as the city workers gathered up the torn-up trees and disposed of them. Out of sight and out of mind.

But that was last year. There’s a new storm in town now and it’s not going to blow over any time soon. It’s the storm of economic change that so many around the world are now going through. It’s making him weak in his 70 year-old knees. Certain realities related to his investment portfolio have caused him to come to grief despite the sunny days, the warmth of deep plush carpeting, and the merry sounds emanating from the theme park.

It turns out that the guy that he sold his business to a few years ago is now about to loose his house and probably will very soon be in default of the motgage payment due my friend. He may be forced to take the business back and that will cost him even more cash every month.

The loan application for the luxury home that he’s been building down by the water’s edge has been denied by one of America’s largest mortgage companies. Of course, they themselves are in trouble and so loans aren’t so easy to get even if you’re considered well-off like my friend is (was).

To make matters worse his current home is now worth a lot less that it was just a few months ago. But this story is not really about my friend. It’s about the three blind mice. You see my friend is just an example for the all-too-common practice of adopting the “attitude of the day”. That’s the ever-changing motivational structure built of one’s emotional house of cards.

The three blind mice are the three types of attitudes that anyone can  select: positive, negative, and complacent. The default level of motivational voltage they generate is something of a Goldilocks experience. High, low, and one “in between”. The problem is these pesky mice, which invade our thinking early on in life, tend to blind us from all that we naturally had going for us, and work to replaced it with motivations that now correspond to happenings outside of us instead of inside of us.

Loose a pile of money on the stock market? That’s negative – cue the frown. Win a pile of money on the lottery? That’s positive  – cue the smile. Everything in between is just “ho hum” and that’s not all that great either.
Hard to enjoy your life if all you feel is generally unmotivated. Fortunately, that last one is not the most common of three mice people walk around with. Having only these three to choose from is rather limited I’ll grant you that but that’s how they run.

Not to fret though the human complexity begins to become more evident when the psychologists get into the game. Armed with the carving knives that came with their PhD’s they busily make charts, form profiles, and configure diagnoses as to how we can best deal with all our off-kilter emotional baggage. Heck they’ve been at it for over 100 years now. They’re still dong it pretty much the same way today except the drugs they use are better and now they can get advances from their next book deal.  (Psychologists! Don’t get me started.)

I think that we we’re doing just fine when we didn’t have any. For one thing our eyes were a lot clearer. Of course that was back before our third birthday. You do remember it don’t ya?

Back then we didn’t need these mice to interpret the world. All we had was the joy we got from the doing of simple things. No investments to concern us. No political choices to ponder. Just the raw motivational energy pouring from our gut to our mind promoting objectivity and love 24/7.

My friend seemed to pine for those days too, even though he may not have realized it. Just the other day on the phone he said: “Sometimes I think it’s better not to have had anything”.

In my work with H.E.R.O.  I’ve seen what could be the return path to a real paradise. Maybe we can’t be kids again exactly, but perhaps we can get some of our objectivity and joy for life back despite what’s going on “outside” of us. I think we’re going to need it too. Every day I hear of more and more evidence pointing to the building of a generalized crisis of mindset. A tsunami of crappiness.

Darn mice. Grab your cleavers everyone, let’s cut their tails off!

What kind of a mindset do you think it requires to market the impossible?

If you need help with finding the answer you could just search on the net for the name Rufus Harley.

Rufus knew a thing or two about what’s possible and what’s not. You see, he spent a good part of his life branding himself as “the world’s first jazz bagpiper”.

Did a great job of it too despite some… ugh “difficulties”. Rufus, you see, is not the typical bagpiper you might visualize standing in a Scottish Highland. Rufus was an African-American.

Picture it: A black adult 6-foot-2 man dressed in a bright red kilt, sometimes in a dashiki and a Nigerian kufi, playing jazz with all the passion you’d expect of a great jazz performer and you’d be looking at Rufus Harley.

Starting in November of 1963 when he watched the funeral procession of John F. Kennedy on television, with the mournful wail of the sound of the Black Watch Pipe Band resonating within his soul, he was hooked. He found his first set of bagpipes in a pawn store and couldn’t even get a sound out of them at first but after many months of practice he was ready.  He then went on to perform with some of the greats like saxophonists like Sonny Rollins, John Coltrane, Dexter Gordon and Sonny Stitt, with the trumpeter Dizzy Gillespie and with the flutist Herbie Mann.

He even went on to travel the world as the unofficial goodwill ambassador of his home town of Philadelphia.  He billed himself overseas as a “messenger of peace” who liked to hand out miniature copies of the Liberty Bell to heads of state when ever he got the opportunity.

Talk about getting into and being your message.

He even ended up on top TV shows like ” Johnny Carson’s “Tonight Show” and Bill Cosby’s “Cosby Show.”

I play bass drum in a pipe band. The link is a remote one but that’s the closest I think I’ll ever come to the likes of Rufus. He reminds us that some things may look impossible but if you’re willing to become your passion quitting is not even on the table.

It’s just not what a mindset like that is made of.