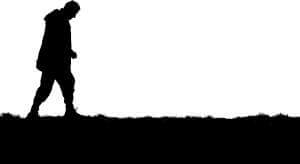 He was no slouch in the field of education. He was also a bit of a radical. He saw that education (which is from the Latin “educare” – to bring up, rear, educate) was not so much a thing that should necessarily be used to prepare us for a future life but “a process of living” in the present. 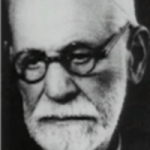 For a long time now, particularly ever since I discovered the phenomenon of mindset immunity, I've been very interested in human happiness. Or should I say lac of it. (See I suspect that there might be a happiness deficit in the world today.) I had a hunch that there might be tons of people just like myself who are interested in happiness and how to make it stick around longer.

As I researched the topic of happiness I, naturally, ran into many references to the field of psychology. One in particular was Sigmund Freud. He was known widely as the founder of psychoanalytic school of psychiatry, a branch of medicine where it's practitioners try to make their patients better through analyzing things like dreams but Freud, as it turns out, was quite a pronounced pessimist and I'm guessing not that very happy a guy himself.

Flooded with clients who had lost their joy of life I think in time he must have caught what ever unhappiness bug it was that they had. Whatever the case it must have resulted in a man who eventually concluded that happiness and hope might be close in the dictionary listings but that's about as close as they got. Check out what he had to say about happiness:

Whoa! And he was a doctor!

I think that old Sig should have forgotten his head and had is gut examined instead. If he had perhaps he'd now be listed among today's innovative researchers like Dr. Michael Gershon. Dr. Gershon you see is a professor as well as chairman of the Anatomy and Cell Biology department at Columbia University Hospital in New York City.  He's the guy who noticed that the human gut contains large amounts of feel-good chemistry and brain cells exactly like the one's found in the head.