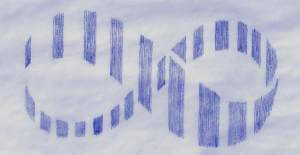 This morning I was reading a post in Seth Godin’s blog. He titled it: “Infinity–they keep making more of it.”

He was writing on the pursuit of the “more” mindset. Instead of getting better, he warns, were all too focused on getting bigger. (I touched on this theme in an earlier post)

It’s true that we all want to grow a business that’s bigger than it is now.  The profit motive has a lot to do with that. A small tree naturally grows into a big tree. A bigger tree should give more fruit.

But the fruit isn’t necessarily better or bigger. There’s just more of it.

I couldn’t help but notice that part of the message in Seth’s post speaks right to the core of my own work as the developer of the H.E.R.O. eMachine. In an oblique way it even references the spirit of what I found when I first used it myself.

After a lot of years struggling with it, a couple of months ago I finally realized what it was I really wanted to say to the world about what I had discovered.

It’s simply this: If you want to live a long, happy, and fulfilling life stop chasing after success. Even if you haven’t had any of it yet and especially if you have. Better instead to become immune to failure itself.  For one thing, if you’re moving forward at all, there’s always going to be lot more of it around.

I know we all hate failing.

Failure makes us look bad. But it’s the undisputed price of success and it’s hands down the greatest teacher there is.

If you want to prosper in these uncertain times you’d better grow big in the immunity department.