“When you come to the end of your rope, tie a knot and hang on.”  -Franklin Delano Roosevelt

Today’s quotivation  is from Franklin Delano Roosevelt (January 30,  1882 – April 12, 1945 also known by his initials, FDR) was the 32nd President of the United States and a central figure in world events during the mid-20th century, leading the United States during a time of worldwide economic crisis and world war

His message re-iterates the long standing dictum that all motivators promote: Don’t you quit!

The one thing that get’s people to a place where they make the decision to give up is, not really so much about how tough it is, but the length of time that must be endured between the starting point and the successful finish point.

The sad truth is none of us like unending pain. We’ll do anything to avoid it. In fact, one thing that researchers know about humans is that we are not all that rational

when it comes to what discomforts us.  We actually hate to lose more than we like to gain and that is a factor that kills a lot of new entrepreneurs from continuing to pursue their dream of financial and  time independence as well as personal autonomy.

Of course the entire personal development industry is dedicated to correcting this problem. But they are just about out of rope themselves. That’s because over the last 100 years the message “don’t you give up” has been so over-repeated that it’s lost most of its ardor.

As usual the old 80/20 rule applies. Only 20 percent can ever get to the point where they overcome enough to actually call it a real success the other 80 percent are left hanging.

But I like working with the end-of-the-ropers. For one thing they have usually come to the point where they have rejected a lot of the extraneous BS that is so common in the personal development industry.

All I have to do then is deliver real truth for a change. Not some wordy truth but a gut-based strength type truth that they can both feel and see as well. A truth that’s tied firmly to the one single enduring attribute that guarantees that we finish what we start every time: PERSISTENCE.

So… if you’re nearing the end of your rope here’s how you can tie a big knot in it and find the key to surviving over time. 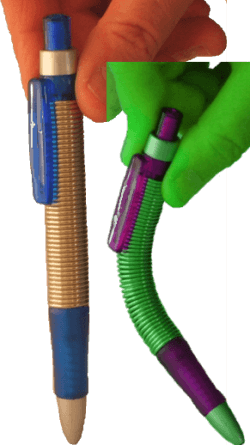 Read morePOll: How are you feeling today?

“I never get the accountants in before I start up a business. It’s done on gut feeling.” – Richard Branson