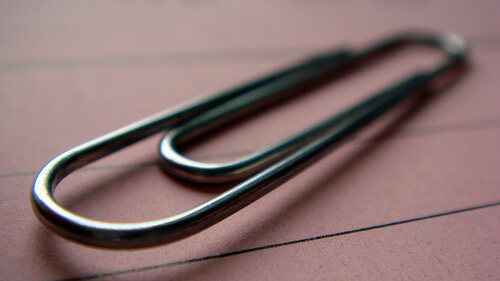 Lot’s of important stuff happens in our brain that screams for attention. But what tops them all is pain and misery. Could another brain help fix negativity?

For years I’ve been watching how those who claim to assist and train others in being better and to become more successful and I’ve noticed something. There’s one

main thing that they all love to suggest to everyone: They always advise us to shoot the negative thoughts and replace them with more positive ones.

While I can’t disagree with the main core of that approach entirely I do have trouble with the methodology.

It is true that negative thoughts might cause us to under-perform so I’m not against doing something to eradicate them. But the coaches, motivational speakers, and psychologists all sing in the choir of the method known as “thought replacement”.

It works like this: You identify your negative thoughts and then replace those thoughts with positive ones. Now, on the surface that sounds pretty simple. Something anyone can do. But wait, there is a problem and here’s what it is: It’s a ton of impossible work.

Research has shown that the average human processes thousands of thoughts per day. That’s a lot of thoughts. Not only that but the experts estimate that of those thoughts about 70 percent of them, on average, are considered negative.

So let’s see then. Let’s say have about 50,000 thoughts per day and 70 percent of them are negative then that’s a boatload of effort to replace all that. Not to mention the fact that as you are busy replacing those thoughts new thoughts are constantly being formed and 70 percent of those are quite possibly going to be negative as well.

If looking at it this way begins to give you negative thoughts about this article then I can’t blame you one bit. But read on, because I’ve got a workaround for this dilemma.

Seeing as the task of trading in all those negative thoughts for positive ones is virtually a never-ending one, at least the way that the great personal development gurus are teaching it, I think it’s time for something completely different.

To give this a new shocking perspective I’m going to have to introduce something that many of you have not heard of before.

First though I have to make one key observation. All of the advice that pertains to thought replacement is what I call bead-based. What I mean by that is that the focus is on the brain that’s in the head.

Of course, I do understand why they place such a lot of interest there thoughts, either positive or negative ones, appear to be made in the head so it makes sense to make this brain the prime site of repair. It’s well understood that the good old head brain is what people are thinking of when they talk about brains in general anyway. But what if it you were shown that your head brain has a partner brain you’ve not been made aware of yet?

Sounds like a weird thing to say, I know, but the fact of the matter is… it’s true, you have a second brain in your body.

In 1996 a cell biologist  Dr Michael Gershon announced to the world through an article in the New York Times that he had found evidence that there is a crude brain in the gut of every human and it can, and does, act on its own.

For you this should be big news. It sure was to me since I had been using a new system of my own design to boost a person’s potential and to buffer the effects of negative thinking automatically since the 1990’s. Until I learned of this breakthrough discovery I didn’t know myself exactly why I was getting the results I was seeing. This system, what I playfully call ‘Brain Balming‘, I now realize depends on the release of the hidden steady energy available in the gut brain that soothes the upper-brain creating an elegant dual relationship between the two.  (In fact, I’m working on a new book about this right now so stay tuned.)

There’s just one more thing you need to know. This strange gut energy that’s sending it’s steadying power northward to the head brain is not a physical thing it’s ethereal. But even so it’s powerful enough to render results that last and it’s all natural.

So why waste time trying to do the impossible (and the un-natural)? Just learn to use your gut brain as a buffer to your head brain’s suffering.

More power to you