Madiba is not a name most of you will recognize right of the bat.

That’s because, for one thing, I’m not South African and for another I didn’t take the time to closely educate myself about the man whose unfailing belief in his cause changed his whole country first and later the world.

If you just look at the picture on this page you’ll know right away who Madiba is.

Just in case you’re wondering (and I didn’t know this myself either till I found it here) the other name of this man is of course Nelson Mandela. Madiba is an honorary title adopted by elders of his clan.

Today marks the 20th anniversary of the day that he walked out of prison a free man after being locked up for an entire third of his life (Mandela is now 91).

What kind of strength of mindset does it take to survive 27 years in a prison cell and then come out of it and not seek vengince on those who condemded him to all those years?

I only have a clue.

It’s not just positive thinking (although that might help)

It’s all of those things and something more. Something natural and a mystery at the same time.

I have a name for it. I call it Mindset Immunity

It kept him from becoming a bitter and resentful beast.

It does it for you too if you’re very lucky to have it strike your insides. 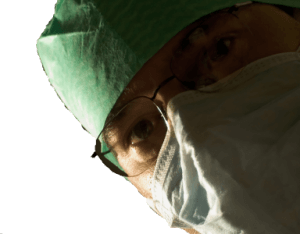 File this under alternate health care.

It is being reported that at the QEII Health Sciences Centre in Halifax Nova Scotia has hired a psychologist to take care of emergency patients that complain of pain but don’t seem to have any physical symptoms.

What to do? Send him/her home telling them that they’re crazy and, “Oh, by the way, please don’t come back”?

No. That would not do.

This hospital has something better.

They refer the patient immediately to the hired talk-therapist to quiet the person down.