There’s a thing I often like to point out about belief. It’s the fact that it can only be developed two ways:

1) Through blind faith, which is usually based on a compelling argument, or

2) Based on some sort of tactile hard evidence.

This forms the basis of an observation.

As today’s world shifts more and more towards the cynical belief in anything not proven with absoluteness seems increasingly rare. Yet it still exists. It exists for one reason.  People require some semblance of hope just to carry on. They seek it everywhere. It’s as essential as the air we breathe.

As a student of entrepreneurship I know that things must be created and shipped even though they may not be perfected. Tweaks can be made latter. “Run it up the flag pole and see who salutes it” as the great copywriter Gary Halbert once said. That kind of productivity is scary. It can lead to many failures. But it can also lead to successes too. You just need to have the gumption to proceed.

Consider the mobius and how it elegantly demonstrates the duality principal yet again.

Belief, in its usual form, looks a lot like just another’s personal perspective and indeed it is. But, on the other hand, if you can get some sort of hard evidence then consider that a bonus.

It can disperse the strength of resistance and make the road forward more attainable.

The Annual New England Xylophone Symposium by DoKashiteru is licensed under a Attribution Noncommercial (3.0) 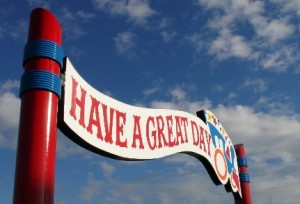