I subscribe to a design blog and they send me updates like a lot of blogs do. The latest one contained a quote someone sent in from broadcaster Ira Glass. Ira won the much coveted Edward R. Murrow Award in 2009. He’s a very accomplished writer and radio personality. Been doing it since he was just nineteen years old.

Know what he said about his beginnings in radio? He said that he took the longest time to reach a level of mastery in doing interviews and stories on radio then anyone he knows. He says that getting through the beginning time can take years of working through the frustration with your own crappy output. It tries to be good but it’s just not. He says that’s where most loose it. They quit because they are convinced that they will never ever see success.

I know what he’s talking about.

I’ve just had another birthday blow by and I’m still trying to refine my message about mindset immunity and the fact that I have the tool that can allow anyone, in 24 hours or less, to see and feel the huge ocean of potential that exists within them. And when they use this tool they can create amazing levels of self-belief.

When attempting to do something new it becomes a creative work no matter what field you work in. There is a lot of failure to contend with.

In another email I got this week Ishita Gupta was interviewing Steven Pressfield on his new book “Do The Work“. In it Pressfield related a story about Picasso:

“There’s a famous story of Picasso after he had finished about 24 paintings for his next show. He invited his agent or his manager to his studio to look at the paintings and as Picasso was looking at them with his manager, he started to hate them. He grabbed a painting knife and started slashing the paintings. The manager absolutely freaked out and said, “NO, NO, NO!” but Picasso kept slashing until they were all ruined. Then he went back to the drawing board.”

That’s the kind of craziness that happens with our own self-assessment. It’s punishing to be a creative or a leader of any kind.

If I was going to quit I should have done it 20 years ago. But I didn’t and now I can’t. There is just too much at stake. Too many lives to help make better, richer, more fulfilling.

Besides, it worked for Ira so it’ll work for me.

It’ll work for you too. Hang in there.

PS; Let me know what you think about the challenge of trying to put together something brand new. Leave me your thoughts in the comment area below. If you’d like to get alerted on new blog posts  you can subscribe by clicking here. 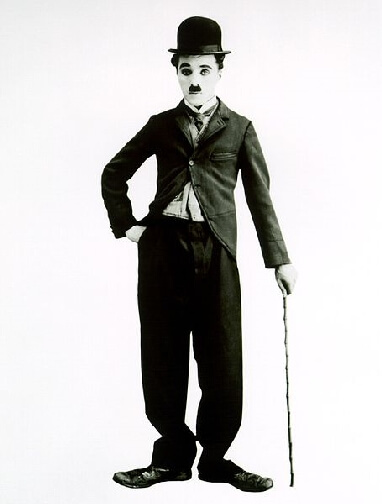 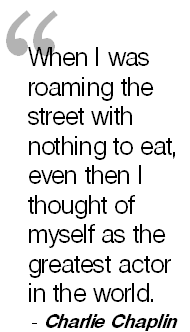 The most important thing you can have is an unbridled belief in yourself. This one thing will fuel your personal vision of the future like nothing else can. It will be a vision that is so real that it is not a question of weather or not it is going to come to fruition but only when.

But, given this truth, there is one fly in the ointment. Belief, any belief, is established in one of two ways: through argument or through hard evidence. If you go out and attempt to build self-belief by investing in the argument method only it might not be sticky enough to pull you up the life’s incline.

Better you should seek an authentic burning eternally-fired energy-backed belief based on the hard evidence that you’ve been successful before.

The key can be found in your success history. Locate that and you at least stand a fair chance no matter what the current circumstances look like.

Charlie was a child performer and had lots of ups and downs.

But he must have been keenly aware that those times when he persevered would create memories of real victories that he could draw on later.

Must have worked because he did go on to gain many honors. Playwright George Bernard Shaw called Chaplin “the only genius to come out of the movie industry.”

PS: If self belief is something you’d like to have in abundance then check out my free webinar on Tuesday night at 6PM Pacific. To get a notification go here.